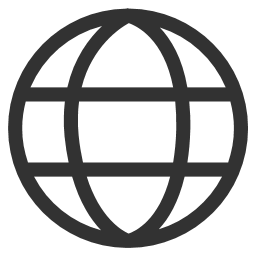 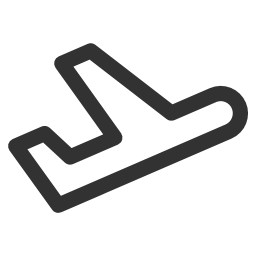 Whittalls Travels Seat-in Coach Tour gives you the opportunity to have a true Sri Lankan travel experience avoiding the hassle of arranging transport and accommodation or looking for a tour itinerary. Book your seat on our luxury bus where you will be picked up from the airport. This 8-day long Seat-in Coach Tour will take you through some popular attractions of Sri Lanka along with the relishing hospitality of some of the best hotels in the country. Also, it will showcase some breathtaking views, lushes’ greens, orange skies and panoramic mountains of Sri Lanka. Experience the local way of life with unique activities and excursions. All this and more, hassle free with the expert care and guidance of one of our professional guides. Book today to secure your seat! Arrival to the Bandaranayake International Airport. - approx. 02 ½ Hours without stops.
After you are welcomed by our Airport Representative, you will be transferred to Galle; The City of The Great Dutch Fort for your overnight.
Galle is a breath-taking city located along the South-Western coastline. Formerly known as ‘Pointe de Galles’, this city was once the capital of the Southern Province. The city houses a seaport believed to be the ancient sea-port of ‘Tarshish’ which is of significant historical and economic value, tracing back to the time of King Solomon who traded ivory, peacocks and other loot.
Overnight: Fairway Sunset, Galle or similar (BB – 01 Night) After breakfast, proceed to the Dutch Fort for a walking tour.
Morning – Galle Dutch Fort Walking Tour
The Galle Dutch Fort walking tour captures the imagination of travellers with its historic sites and unique fusion of European and Arabic architectural and cultural influences. As you wander the streets of the Dutch Fort you'll pass stylish cafes, quirky boutiques and impeccably restored hotels owned by local and foreign artists, writers, photographers and designers. Arabic and colonial influences of the Portuguese, British and particularly the Dutch on the city culture, architecture and cuisine is evident to this day.
Other than for the Dutch Fort, The Groote Kerk or Dutch Reformed Church was built in 1755 and is one of the oldest protestant churches in the island. Old Dutch Hospital was established to look after the health of officers and other staff serving under the VOC. Today, it is a popular dining and shopping precinct. The oldest part of Amangalla Hotel dates back to 1648, when it was built as the headquarters for Dutch commanders and their staff. Galle National Museum was built in 1656 as the commissariat store of the Dutch garrison at the fort. Galle Lighthouse is the oldest in the island dating back to 1848. However, it was destroyed by a fire and re-built on its present site in 1939. All Saints Church is built in a Victorian Gothic Revival style of architecture and was consecrated in 1871. Meera Mosque is another interesting site in Galle and was built in 1904.
En Route – Sea Turtle Hatchery
Five of the seven species of turtles use Sri Lanka’s coastline as nesting beds. These include Leatherback Turtles, Green Turtles, Loggerhead Turtles, Hawksbill Turtles and Olive Ridley Turtle. All five species are endangered and need conservation as they are subject to entanglement in fishing gear, poached for meat, shells and eggs, losing of coastal habitats, polluted seas and Global warming. The Turtle Hatchery aims to protect sea turtle eggs and increase hatching rates. It also cares for injured or disabled turtles who are unable to fend for themselves. Key nesting areas are patrolled by staff at the Turtle Hatchery at night, seeking to protect Sea Turtles through the egg laying process. The experience is educational and provides great insight into the hard work done by those working tirelessly towards the conservation of these beautiful creatures.
After the experiences, proceed to the Elephant District of Udawalawe. - Approx. 03 ½ hours without stops
Udawalawe is a town associated with the Sri Lankan subspecies of the Asian Elephant. A high population of elephants roam the jungles of the Udawalawe National Park, the town’s most significant establishment. The mild forests and open grass plains of the park shelter an abundance of wildlife including the Sri Lankan Leopard, Axis Deer, Wild Water Buffalo and a host of birds including winter m igrants. Udawalawe is also popular for the establishment of the Elephant Transit Home which was founded in 1995. The Transit Home helps rehabilitate orphaned elephants so they can be released back into the wild.
Overnight: Elephant Trails, Udawalawe or similar (BB – 02 Nights) After lunch, visit the Elephant Transit Home at Udawalawe.
Afternoon – Udawalawe Elephant Transit Home (03pm Feeding)
Elephant Transit Home is supported by Born Free. Founded in 1995, the Home’s primary objective is to Retrieve, Rehabilitate and Release orphaned or injured wild baby elephants. Frequent and escalating Human-Elephant Conflicts (HEC) have resulted in the death of adult Elephants in the wild. Most baby elephant are orphaned or injured during these conflicts and left behind by perpetrators. All care at the facility is given by well trained staff who make every effort to minimize contact between themselves and the babies.
Visitors to the Home can watch the elephants, but not interact with them as they need to remain as independent and wild as possible, to give them the best chance when released back into the park. Every baby elephant is released into the National Park at the age of 05 attached with a radio collar to monitor its acclimation to the new herd. These calves are fitted with a state-of-the-art radio collar and will be monitored by the officials at the Home after being released. Interestingly, to ensure the calves have no residual human contact, each elephant is given a thorough bath in diluted elephant dung. This will guarantee their chances of acceptance by their wild cousins.
Overnight: Elephant Trails, Udawalawe or similar (BB – 02 Nights) After breakfast, proceed to the Sri Lanka’s last Royal Capital Kandy by Train. - approx. 04 ½ hours without stops
Morning Train Journey (seats based on availability) - Ella Station to Kandy Station
During the time the British Empire occupied Sri Lanka in the 19th Century, a railway service was commenced in many parts of the island to transport Tea from the Hill country estates to Colombo Port and imported goods to the interior of the Island. Train travel in Sri Lanka can be an adventurous experience.
The best way to explore the tea country is to jump aboard the train. The morning railway journey from Kandy to the highlands of Nuwara Eliya, Ella or Dickoya (or vice versa), climbing uphill up to 6,000 ft above sea level, makes for arguably one of the best railway journeys in the world. The dramatic landscape of the highlands stirs one’s senses as you wind past lush tea plantations, majestic peaks and rushing waterfalls.
Your private tour guide and vehicle will collect you from the Kandy Station and drive to your overnight stay at Kandy.
Kandy, Sri Lanka’s last Royal Capital is famous not only for its rich history, temples and artefacts, but also for being the birthplace of ‘Ceylon Tea’, stunning scenery and lush botanical gardens. The most visited site and symbol of Kandy is the Temple of the Tooth Relic of Buddha. Kandy Cultural Folk Dance show is exciting and climaxes with fire dancing. Royal Botanical Gardens is boasts a myriad of floral splendour. ‘Three Temple Loop’ including Lankathilake, Gadaladeniya and Embekke Temples are historical and architectural treasures. Surrounding the sacred city are rolling tea plantations and mountainous thick forest sanctuaries offering amazing views and walking or hiking experiences.
After lunch, proceed to Kandy for a city tour.
Afternoon – Kandy City Tour (includes Temple of the Tooth)
Overnight: Hotel Sussie, Kandy or similar (BB – 01 Night) After breakfast, proceed the UNESCO World Heritage site Sigiriya. - approx. 03 hours without stops
En-route – Spice & Herbal Garden in Matale
Sri Lanka has been a popular spice trading capital since ancient times. Portuguese, Dutch and British colonists had a keen interest in Ceylon’s (as it was known) spice culture which was of significant commercial value. Spice is predominately used to enhance the flavour and aroma of food. Used with the right combination, spices can turn the simplest food into a fulfilling experience. Spice Gardens facilitate an aromatic stroll through fragrant greenery.
The experience provides the perfect opportunity to identify spices and herbs used in everyday cooking whose source is never revealed to us. Learn about nutmeg, pepper vines, clove trees, true cinnamon and precious cardamom among many spices available to see, touch and smell. These spices grows in the shade of high jungle trees and can only be harvested by hand. Visitors may buy spices, traditional remedies and cosmetics from the garden’s shop.

En Route – Golden Temple of Dambulla
Golden Temple of Dambulla or Dambulla Cave Temple is a complex of caves with 157 statues dating back to the 01st Century B.C. It is the largest and best-preserved cave-temple complex in Sri Lanka and has been a sacred pilgrimage site for 22 Centuries. Declared a UNESCO World Heritage Site in 1991, the complex contains a cave monastery, with its five sanctuaries and contain statues and paintings. These paintings and statues relate to Gautama Buddha, his life, battles and also historic recollections of the island’s glorious past. Dambulla contains 152 Buddha statues, 3 statues of Sri Lankan kings, 4 statues of gods and goddesses including the two Hindu gods Vishnu and Ganesh. Prehistoric Sri Lankans are believed to have lived in the caves within the complex long before the arrival of Buddhism to the island as burial sites with human skeletons dating back to over 2700 years have been discovered.
Thereafter Reach Sigiriya….
Sigiriya is situated in the heart of Sri Lanka’s Cultural Triangle. It is a convenient base location to explore  Cultural Triangle UNESCO World Heritage sites Sigiriya Rock Fortress, Anuradhapura, Polonnaruwa and Dambulla Cave Temple – homes to a plethora of well-preserved ruins of ancient Sri Lankan civilization. The region surrounding Sigiriya provides a getaway to explore wildlife in the region, with three important wildlife parks Minneriya , Kaudulla and Hurulu Eco-Park situated close by. Minneriya Park plays host to the 06th Greatest Animal Spectacle in the World (Animal Planet) – ‘The Gathering’, where over 300 individual elephants congregate to feed by the park reservoir.
Overnight: Kassapa Lion Rock, Sigiriya or similar (BB – 02 Nights) Proceed to Pidurangala Rock for an early morning climb to catch the mesmerising sunrise.
Morning – Sunrise Climb of Pidurangala Rock
Pidurangala Rock is the best viewing point to see the Sigiriya Rock Fortress as it is only slightly lower than the Fortress and sits adjacent to it. Views of the sunrise and a picture perfect 360-degree view of the surrounding valleys enthrall travellers both near and far. At the base of the rock you will find an ancient temple monastery. You will progress to trek through a rocky path cutting through patches of shrub jungle.
Overnight: Kassapa Lion Rock, Sigiriya or similar (BB – 02 Nights) After breakfast, proceed to the Colombo Airport (BIA) to catch your flight home / or for your Beach Stay in our paradise island Sri Lanka. - approx. 04 hours without stops
Note: The departure transfer will be arranged in order to reach the Airport 03 Hours prior to the departure flight time as is the standard. If you wish to check-in to your flight online, this time will be 02 Hours prior to the departure flight time.
Inquiries
© Whittalls Travels. All rights reserved.
Solution by Affno
Call us : +94770502502
Inquire Now